Get your best price
on direct booking:

The Alpbach architectural style, while stipulated by law, is unique, as are the valuable furnishings considered works of art, such as trunks and chests from the 16th century.

Through an initiative led by Councillor of Commerce, Alfons Moser, also Alpbach's mayor from 1945 to 1979, the municipal council passed the local building code of 1953 stating that any new buildings must be built in the Alpbach architectural style. The building code passed in 1953 required that the traditional wooden architectural style be used for new buildings in order to preserve the characteristics of the village.

This prevented the building of large hotels you often see in other tourist regions.
Noteworthy is the newly renovated St. Oswald church and its cemetery with wrought-iron crosses.

In 1975, the Austrian Institute for Health named the air in Alpbach the cleanest in Austria.

Because of its uniform wooden architecture and floral decorations, Alpbach was voted “Austria’s Most Beautiful Village” as part of a television competition held by ORF (Austrian Broadcasting Corporation) in August of 1983.

In June 1985, the municipality of Alpbach was awarded the European Flag for furthering the European spirit by the Council of Europe in Strasbourg.

In August 1993, Alpbach was awarded the title “Europe’s Most Beautiful Floral Village” as part of the Entente Florale European horticultural competition. 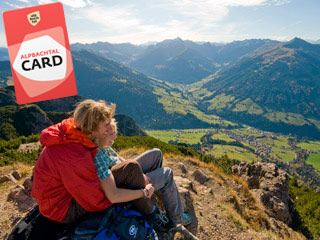 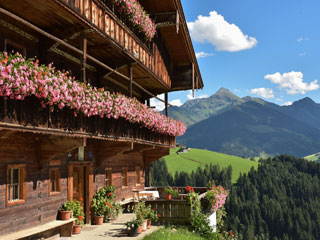 This beautiful holiday region has so much to offer. 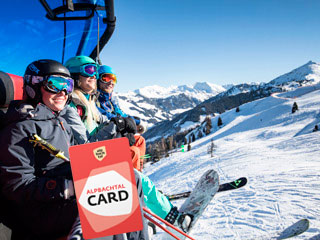 Pure winter bliss with many advantages for You and Your family!

Authentic holiday in the Bergwald

The Moser family has lived in Alpbach since 1176 and we are proud of our traditions, which is why we aim to make every guest’s stay a memorable one.